WELCOME TO THE CITROËN CAR CLUB 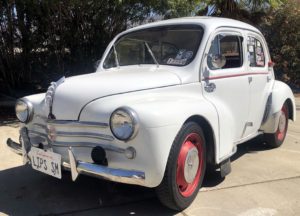 I got my first lei in

Hawaii in my brand new 1952 748cc 4CV Renault. It was the first of three of the same model that I have enjoyed over my automotive ownership.

This Renault that I am selling is of the same lineage as my original. In it I happily beat Henry Kaiser’s 1954 first fiberglass Darrin sports car in an 8 hour rally around Hawaii. My navigator, US Coast Guard Lt. Dolliver, reminded me as we were driving that he was married and had two children who expected him home after the driving event ended in the morning so “slow it down.” My competition included members of the Sports Car Club of America and the MG club of Hawaii driving their prized TC’s, TD’s, Jaguar 120’s, Jowett Jupiters, Austin Healeys, Triumph TR2’s and cars of that ilk.

The car that I am selling ascended from the cool Arizona environment after 40 years in the wilderness with no tablets (or commandments) in hand, or parts manual, but in parts.  I had tracked the car for several years on the usual search engines before finally picking the car up in Phoenix, Arizona in 2000.Of course, the car was designed as a rear-engine car but the previous owner for some reason had moved the engine from its proper position to the rear seat before abandoning it.

Over the last 20 years real car loving mechanics have tended to this Southern California classic rebuild as I happily enjoyed the thumbs up of other drivers, photos at stop signs, and other accolades such as “People’s Choice” awards on a couple occasions at Citroen Car Club Rendezvous.

I was an owner/driver of a Citroen Maserati (SM) for 28 years. I appreciate the accoutrements of the marque, as does Jay Leno in his “Jay Leno’s Garage” TV series. The Citroen club has generously allowed me to display my 4CV at their events.

The late/great past president pf the Citroen club, Wally Escherich installed a transmission in my 4CV about 3 years ago.  The owner of Dave’s European Auto Service, (Dave Miller) has been the perfectionist mechanic I have depended upon for several years. He will be happy to answer your technical questions about the car.

The car is at my home in Hemet 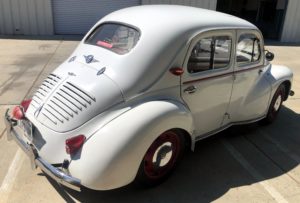 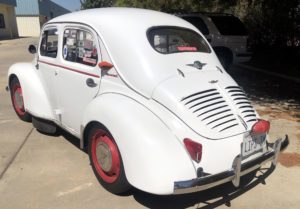 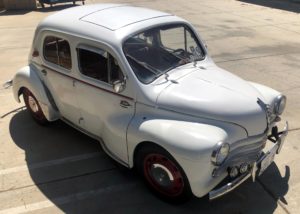 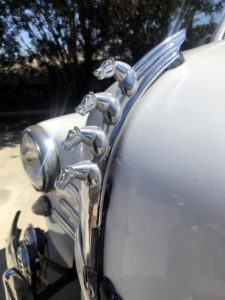 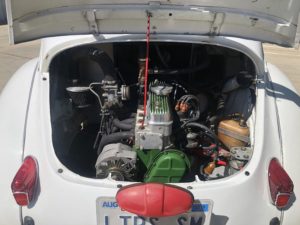 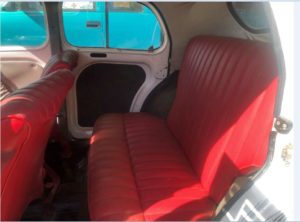 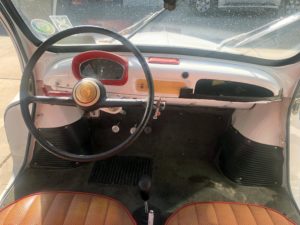 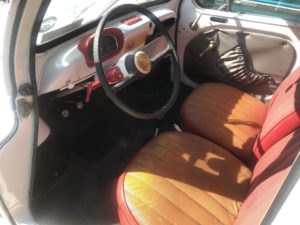